It's the coolest club in town for kids of all ages. The Secret Seed Society connects children and adults with the natural world to experience the magic of growing vegetables from seed, and making delicious recipes with what they grow.

We've worked successfully with Secret Seed Society since 2009 producing their series of Seed City packs. Each pack contains organic vegetable seeds, a recipe, and a storybook full of characters such as Rudi Radish, Sanghita Spring Onion and Peter Parsnip. It's fun and inspiring stuff. 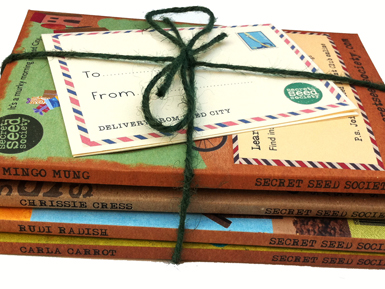 The latest issue in the series tells the story of Rio Rocket, and it's in this issue that an interesting (to us at least!) printing phenomena happened.

To explain, the storybooks in the Seed City series fit snugly into a neat tuck flap wallet. In fact, the early editions of the storybooks were a little too snug so for later editions we reduced the size of the storybook artwork slightly to fit the wallet. All well and good you might think, however on the latest Rio Rocket storybook we didn't reckon on "crossover". 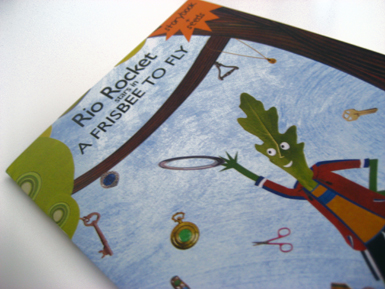 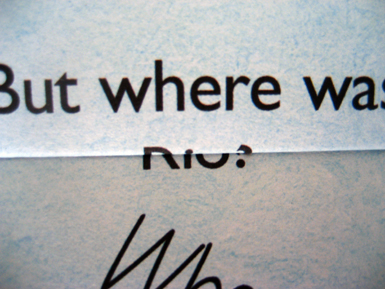 So, what have we learned?

1) Don't have text running across double page spreads.
2) Printers are not infallible. In the words of the great Phil Oakey – we're only human.

We'll be blogging soon on other printerly issues and anomalies such as creep, spread, thrust, and hickies. In the meantime, if you're having trouble with your TIFFs or aggro with your artwork Calverts print surgery is now open. Email your questions to printsurgery@calverts.coop.

To order from the Secret Seed Society's collection of storybooks, seeds and tools visit: www.secretseedsociety.com.