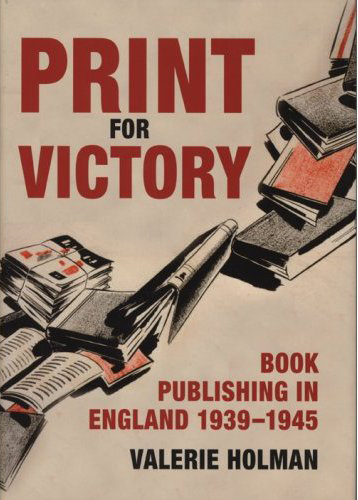 It’s not often Radio 4 features an article on sustainable printing but in this week’s Front Row discussed the printing industry’s efforts to improve its environmental performance (around 11 minutes in @ http://bit.ly/1ubZo9). During the course of the programme this book by Valerie Holman was mentioned.

Drawing extensively on previously unpublished archive material, Print for Victory reveals much about a period virtually untouched by historians. I discovered that, at a time of great austerity and hardship, Germany had six times as many bookshops as America, barley was a major crop used in paper making and Australia had a secret list of 500 banned titles including Brave New World and A Farewell to Arms.

Was also reminded to take another look at Mandy Haggith’s book ‘Paper Trails’ which looks at the devasting effects of (and solutions to) unsustainable paper consumption in the developed world.

Leave a reply Click here to cancel the reply