If You Could Twin

If You Could Twin 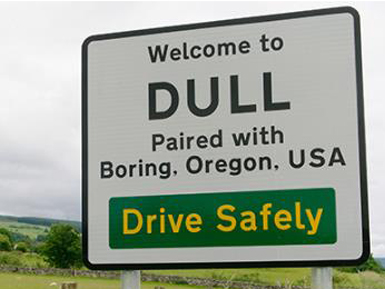 The modern concept of twin towns, conceived after the second world war, was intended to build friendship, boost trade and to encourage understanding through co-operation.

Originally limited to towns, cities, counties, oblasts, prefectures, provinces, regions, states and even countries, twinning now extends to the virtual world – Wincanton in Somerset is twinned with Ankh-Morpork, an entirely fictional city that appears in the fantasy novels of Terry Pratchett, and the Isle of Skye which is twinned with Skylanders, a multi-million selling video game. In 2009 Swindon twinned with Walt Disney World.

If businesses could twin we’d like to twin with Laredo, a mysterious wild west town hidden somewhere in Kent, just to get our inky fingers on their Arab, one of the finest hand-fed letterpress machines in the land.

If you could twin, who would you twin with?