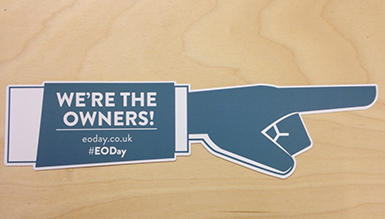 The number of employees worldwide that own their businesses co-operatively is estimated to be 10,841,500 in figures released for Employee Ownership Day on Friday 3 July.

The UK has a growing employee owned sector yet in leading countries such as India, Spain and Italy, employee owned firms, typically organised as co-operatives, are common in every town and city.

UK co-operatives include successful businesses such as Suma Wholefoods, Edinburgh Bicycle Co-operative, and of course Calverts!

The data has been compiled by umbrella network CICOPA for its members, including Co-operatives UK, the network for Britain’s thousands of co-operative businesses.