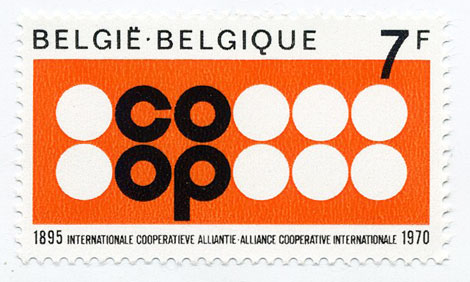 Trading stamps were introduced towards the end of the 19th century and initially given to customers who paid in cash rather on credit.

In 1963 Tesco signed up to the Green Shield stamp franchise and in 1965 the Co-op began offering stamps as an alternative to the traditional method of paying a dividend.

The stamp above isn't a trading stamp but it is a rather lovely example of a postage stamp designed by J.Malvaux to commemorate the 75th anniversary of the Alliance Cooperative Internationale.