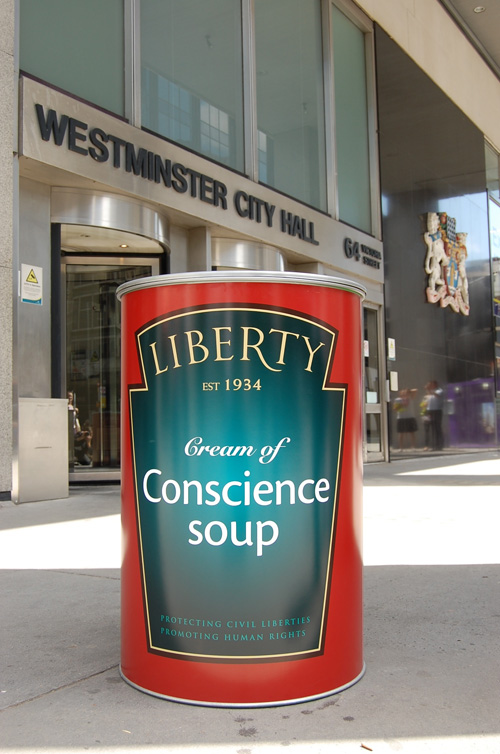 We designed and built this big can of soup for Liberty. It was filled with letters of protest against Westminster Council’s plan to ban soup runs in central London.

In the letters, Liberty’s director, Shami Chakrabarti, writes: “We urge you to vote against this proposal which will use the threat of criminal sanction to shut down charitable organisations assisting the most vulnerable in our community.”

She adds: “Soup runs perform an important function, providing a safety net of food provision and a means by which to reach the most socially excluded people.”

As it says on the can – it’s our soup and we’ll share it if we want to. Read more on Liberty’s website